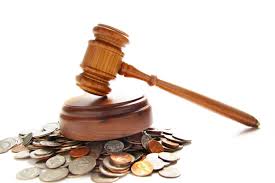 Various citizens choose to abstain from legal proceedings, due to the fear of legal costs.

When involved in any legal dispute which is of litigious nature, it is standard practice, that the successful party in the dispute would request the court for a costs order to follow.

Legal fees can be divided into two scales:

the latter scale only covers some of the services an attorney delivers and is also regulated by the rules of court.

In most instances the court awards the successful litigant a party and party cost scale, which would in most cases cover 50 – 70% of the attorney and client costs. This is a rule of “thumb” and not an exact science.  The remainder of the amount would be payable by the client to his/her attorney.  In some instances, the court would grant a cost order on an attorney and client scale in the event where a punitive cost order is granted.

Any bill of costs, setting out amounts payable for legal fees, is also regulated, and taxed by a taxing master of the court, which prevents attorneys from over- reaching.

Any learned legal practitioner can explain this principle when addressing the costs aspect in any matter.

For any further queries regarding the above, or to schedule a consultation contact us: