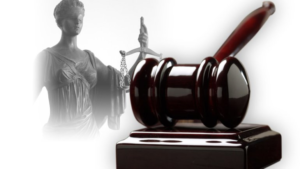 Sentence comes to mind when an accused has been convicted on an offence and he needs to be sentenced accordingly to the crime which he was convicted of.

After the Court has given Judgment in a criminal matter and the accused has been convicted of an offence, the accused person’s legal representative will have to address the Court regarding the mitigating factors which needs to be taken into consideration when the court decides upon a propper and just sentence in correlation with the offence committed.

After the Legal representative has addressed the Court the Public Prosecutor will address the Court regarding the aggravating factors which the court should take into account.

The Court will then proceed to sentence the Accused accordingly to the factors at hand.

There is a number of factors which needs to be taken into account when the court decides upon a sentence ie the following:

Upbringing, devastating events as well as trauma in one’s life have an effect on an accused sentence and can be explained by the following example. 2 persons are convicted on the offence of shoplifting. The first person is one that lives on the street, has no income, no shelter and no food and as a result of hunger steals food.  The second person is a rich lady from a rich neighbourhood whom, as a result of Kleptomania steals expensive lingerie. It is clear from the scenario that both persons circumstances differ and therefore their sentence’s cannot be the same. It is a known fact that legal representatives know the law regarding sentencing although Legal representatives is not experts regarding the field of what sentence would be the appropriate sentence for the crime committed. Social workers and Industrial psychologists are experts on these fields and therefore it is necessitated that a legal representative would approach such a person for a pre-sentence report that can be handed up in court and recommend a sentence to the Court.

For any further queries regarding the above, or to schedule a consultation contact us: